It is estimated that between 1930 and 1995, Milt Hinton performed on more than 900 jazz recording sessions. In addition, especially during the '50s and '60s, he made at least as many records that featured hundreds of non-jazz performers, not to mention countless jingles and film and television soundtracks.

From a Jury of His Peers

Milt Hinton, to most of us who play the bass, is a great example of how to live your life as a musician and make everything worthwhile.
- Ray Brown

The “Judge” is a dynamo. His tireless energy and enthusiasm are a great inspiration to all bass players today.  I will always feel privileged to be in Milt’s company.
- Bob Haggart

When Milt Hinton enters a room, the warmth of his presence is felt by all.  The love of music and the joy of playing his instrument are evident in every note (and slap) of his bass.
- Percy Heath

The “Judge” has touched all the basses.
- Major Holley

I have the utmost respect for Milt. He not only is a jazz virtuoso, but he has all the qualifications that go with being a great musician. He has an enviable amount of energy and excellent taste in his playing, for which I have great admiration.
- Homer Mensch

Milt Hinton was a consummate musician, a documentarian, and a righteous man. Sometimes when I encounter a problem in music or in life I ask myself “WWMD?” (What Would Milt Do?). When students who’ve been with me for a while ask themselves the same question, I know they “get it”. That’s his legacy!
- Peter Dominguez

Milt Hinton plays in a style that never goes out of style.  In his long career, he has been a positive role model for all musicians.
- Harvie S

Milt took time to show a young sailor many things about playing the bass violin and consequently inspired me musically for the rest of my life.
- Arvell Shaw

Milt let me sit in on his instrument, helped me find work, and most of all, through the shining example of the way he conducts his life, set an admirable standard of playing and taking care of business that I recommend to all musicians. He’s my adopted musical father.
- Bill Crow

Milt Hinton is the source from which many of us have derived concept, style, and inspiration. His musicianship and humanity have touched us all.
- Eddie Gomez

“Imagine that a jazz musician
Could achieve such a position
Where he is beheld a national treasure.

But before the birth of Branford and Wynton,
I was friends with Milton Hinton,
A fact I note with great pride and great pleasure.“
- from the song “The Judge”© Jay Leonhart 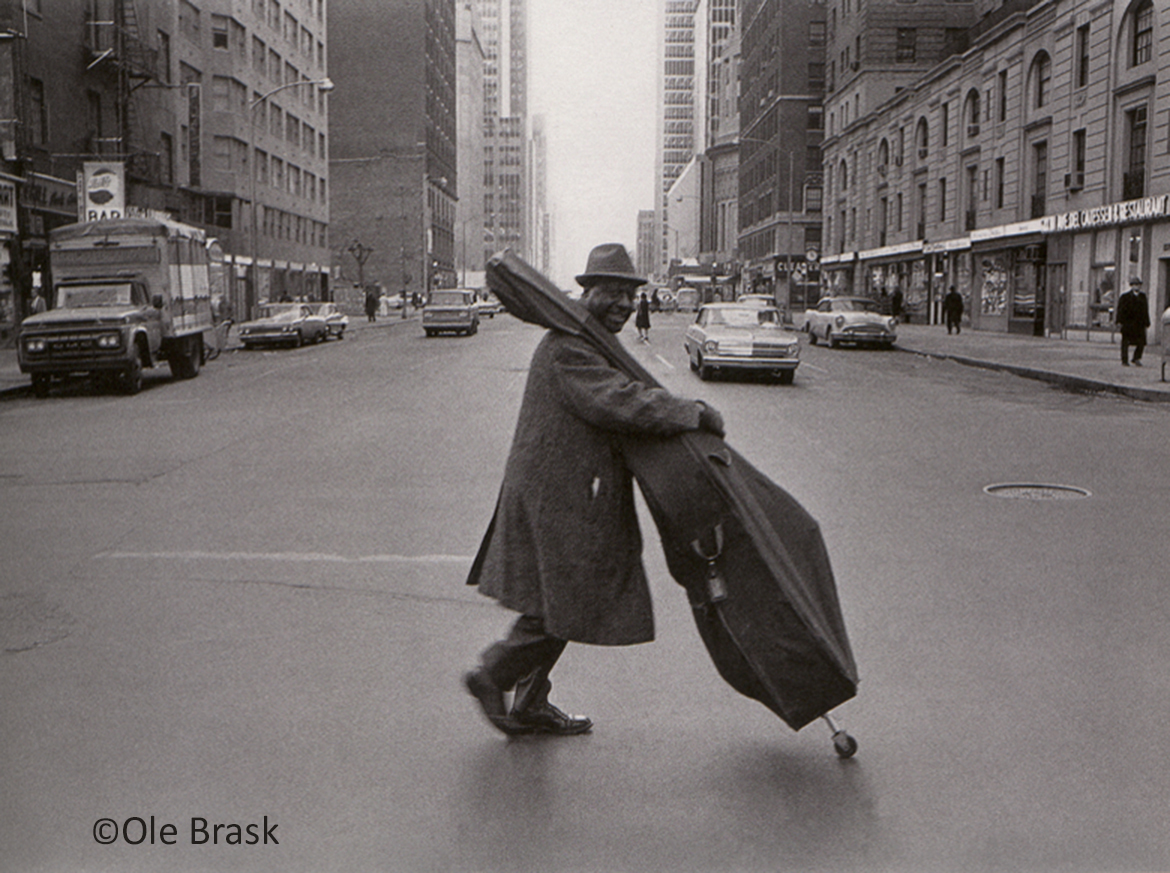 This list of representative solos by Milt Hinton as a sideman in a variety of settings throughout his career is not definitive. He was such a consistent soloist that one could cite many other equally accomplished performances. In some cases, particularly from the 1930s, when bass solos were relatively rare, the recordings listed contain prominent bass accompaniment.

Watch Milt demonstrate the role of the bass in jazz

Scroll To Top
Our site uses cookies for your best experience.Ok